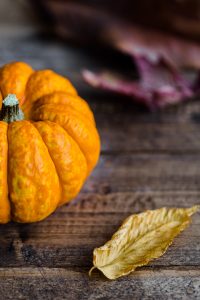 The Fall 2017 Conference, “Uncomfortable Conversations: Religion and Politics in New England” was held on November 4, 2017, at Manchester Community College in Manchester, Connecticut. The day ran approximately 900 until 3.

Please find the program below. A pdf is also available for download: F2017 Program pdf

All concurrent sessions are on the second floor. Stairs and elevator are available.

Ronald Schatz `I Know My Way Around a Little Bit’: Bishop Joseph Donnelly and American

Politics, Local Politics and the Catholic Church in Connecticut

Mark Jones Between Roman Catholic Condemnation of Sterilizations and U. S. Supreme

(It is recommended that session attendees examine the following before the conference:

“Image Archive on the American Eugenics Movement” by the Dola DNA Center at the Cold Spring Harbor Laboratory, Long Island.

Challenges to Religious Orthodoxy in Colonial and 19th-Century Connecticut

Protecting the Vulnerable in 18th, 19th, and 20th-Century Connecticut

Britney Murphy The Fall of Mount Trashmore and the Rise of Community Activism:

Environmental Justice and the Politics of Inclusion, Bridgeport, Connecticut (1991-Present)

Mary Lycan Orphans, Bastards, the Deranged, the Sick, the Old, and a “Squaw”: Values and

Winifred R. Maloney “More love for the souls of these dear children:” The Connecticut

Church and State in Early Connecticut

MCC closes at 345, so we are not able to have our usual closing cookie reception this year.